There are many train stations in Connecticut. Some have been rebuilt.
Some are no longer used and have been converted to other uses.
Some have restaurants in them or close by. One of these is Paci’s in Southport, Connecticut

This apparently is the logo CT is using for the New Haven – Hartford – Springfield Rail Program: 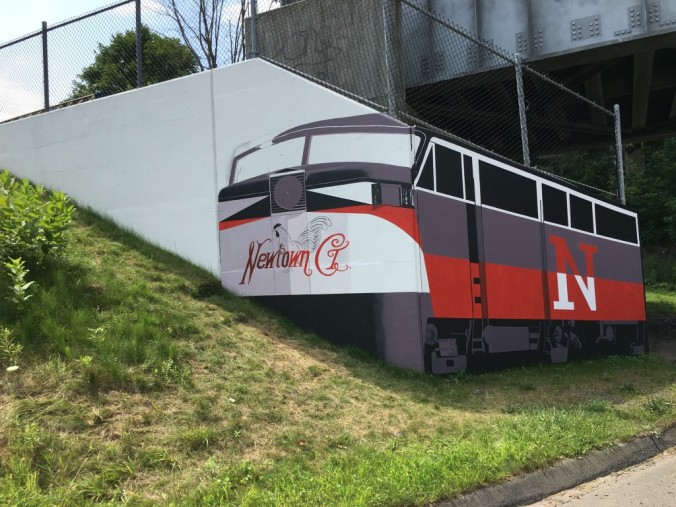 This logo apparently only made it in Newtown

It’s been a long time since there was any active passenger railroad station in East Hartford.

We are trying to find some information on old ones there. We have been told that one exists and that it has a train with a face on it for kids.

Oxford, Connecticut station was on the New Haven between Danbury and Waterbury.

Windsor, Connecticut station is on the New Haven to Springfield line and serves Amtrak. 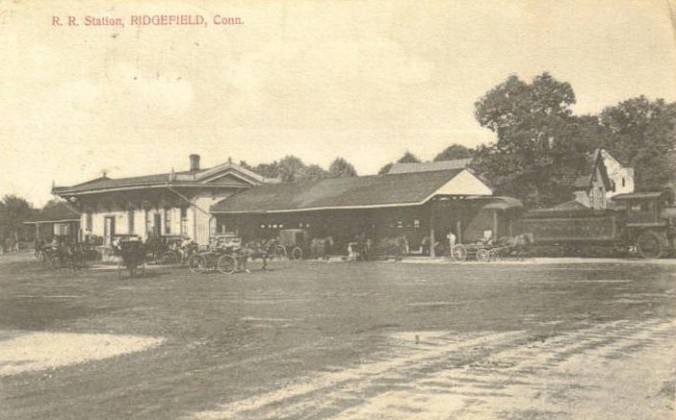 Ridgefield, Connecticut station, now even the branch is gone. 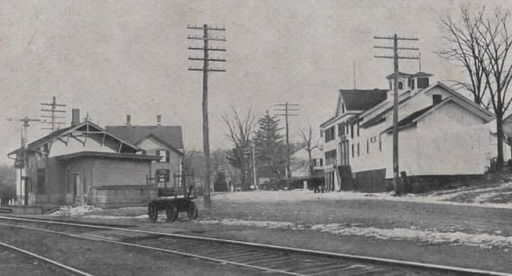 In 1847, promoters obtained a charter for The Hartford & Providence Railroad. They intended to build a road from the river docks in Hartford, through Manchester to the quarries in Bolton, on through Andover, Willimantic, Baltic, and Moosup to the Rhode Island border. There they would connect with the Providence & Plainfield. Together the two companies would provide a route from Hartford to Providence. The Hartford & Providence group chose to connect with the New York & Hartford. The New York & Hartford was charted in 1845 and was to construct a rail line beginning at Hartford and ending at Brewster, New York, where it would connect with the New York & Harlem Railroad. Upon hearing the news that a line was now chartered from Providence to Hartford, the New York & Hartford promoters sought to merge with the Hartford & Providence. The union took place in 1849 with the new firm becoming known as The Hartford, Providence & Fishkill Railroad Co. Fishkill-on-Hudson having replaced Brewster as the final western destination. The Hartford, Providence & Fishkill completed the Hartford to Willimantic via Andover track in 1849. By the end of 1898, the New Haven Railroad Company had obtained the rights to the line. Eventually the New Haven bought all of the former Hartford, Providence and Fishkill lines outright. They would run the line through Andover as part of their Highland Division until it was itself taken over by the Penn Central in 1968. In 1975 the State of Connecticut bought the right-of-way as the rails were being removed. Today the Ct. DEP controls it and has designated it as a recreational trail. The railroad played an important role in the development of the town. Being one of the first stations in a relatively large geographical area, Andover became the focal point for passengers and freight. It allowed for the development of several manufacturing plants in Andover. The Case Fibre Board Company (the paper mill) received raw materials and shipped its finished products. The creamery used the railroad to easily reach the important markets of New York and Boston.

(Passenger service on the branch line to Ridgefield itself was available into town until 1925; freight service lasted until 1964.) 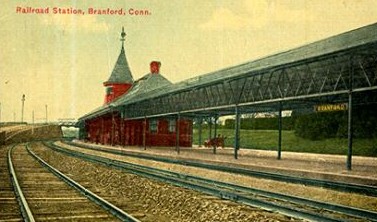 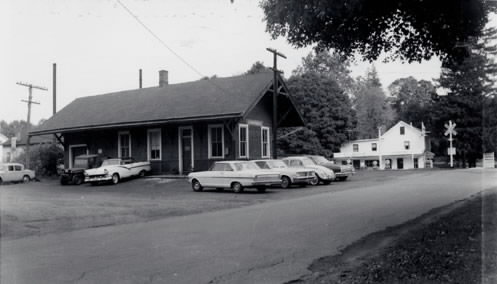 The two railroad lines serving Canton were – the Collinsville branch of the Canal Line of the New Haven Railroad and the Central New England Railroad.

The New Haven line went on to New Hartford, where there was a turntable so they could reverse direction. The Central New England (formerly Connecticut and Western) came from Hartford Ct. via Tariffville and Simsbury to the Farmington River in Canton, where it backed down to the station in Collinsville. It then proceeded west through Winsted, Norfolk and Canaan, Ct. to New York State. 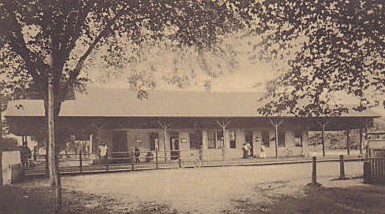 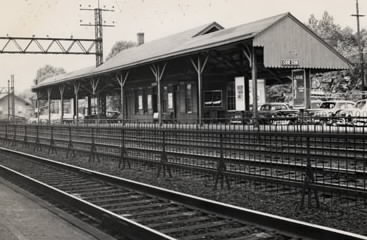 From our postcard collection 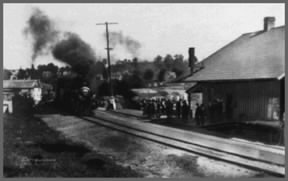 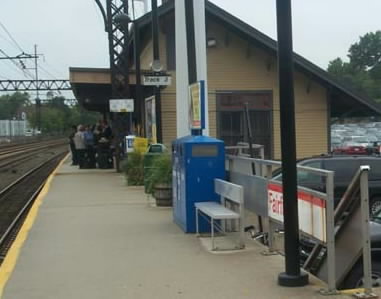 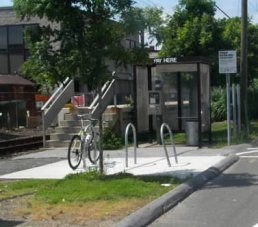 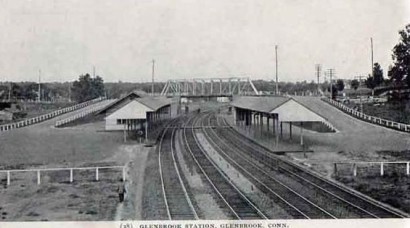 Left is New and right is Old

Left is New and right is Old 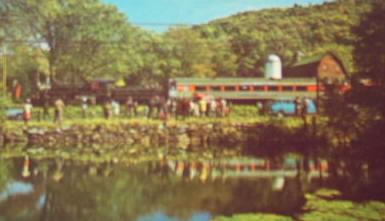 Kent in 1965 when they ran excursions 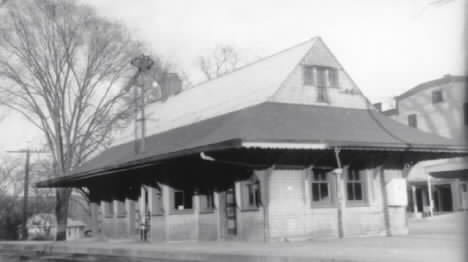 Read KC Jones blog about the Last Train To Lakeville 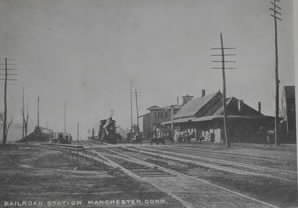 Manchester station
From one of our old postcards
No passenger service currently exists in town. Freight service from Hartford is provided by Connecticut Southern Railroad. 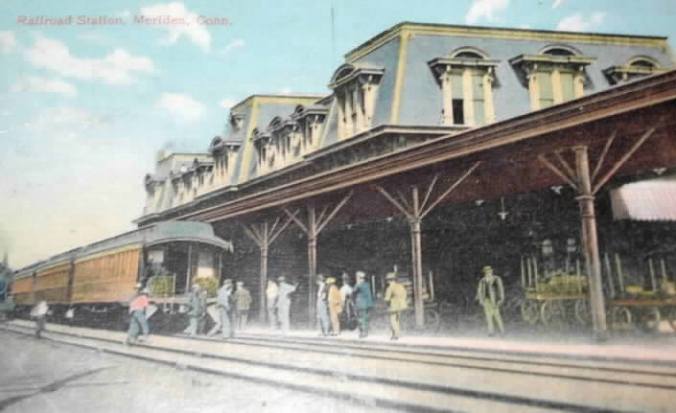 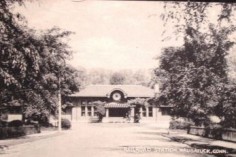 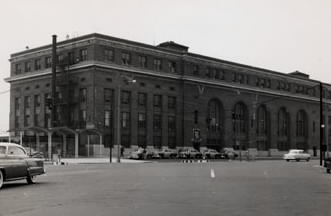 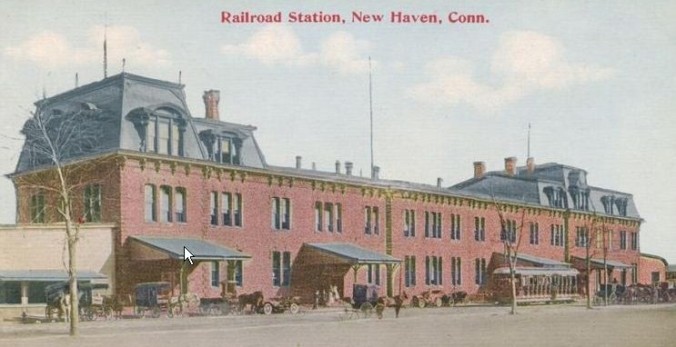 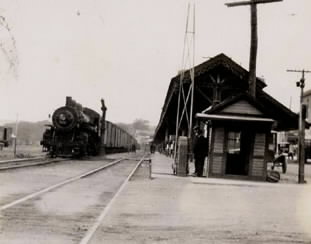 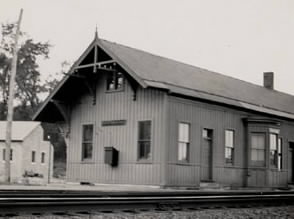 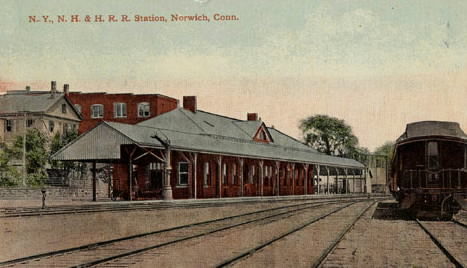 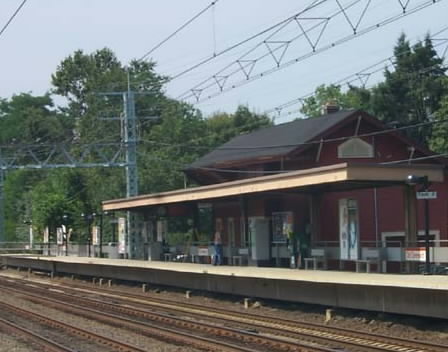 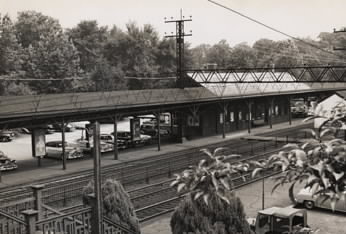 Foundation of the water tower still exists. Station is now part of a home at 54 Library St. 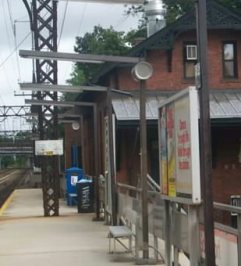 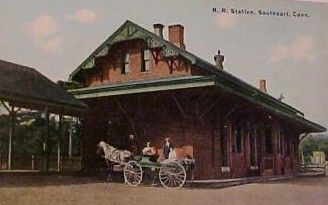 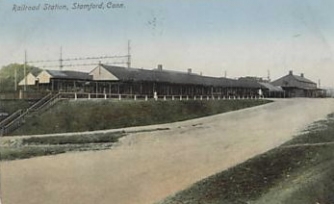 New on left; Old on Right

It exists today as an automotive repair garage

This station was formerly called Chapinville.

Train Stations Along The Maybrook Line

Postcard view of Towners NY about 1910. Look just to the right of the station. There is a second train coming across the “crooked bridge” over the Harlem line.

Poughquag station on the Maybrook Line. Eastbound freight trains would be struggling up the mountain when passing this spot.

Poughquag station on the Maybrook Line in 1968.
Photo by Roger Liller

The tracks run just outside the walls of the famous New York State prison at Green Haven.

The Maybrook Line in Hopewell Junction on a snowy day in 1968.

>>>Should CSX Give Up Hudson Division To NYC MTA?