Philadelphia is the largest city in Pennsylvania and the sixth-most-populous city in the United States. It has a population of over a million and a half.

Philadelphia served as one of the nation’s many capitals during the Revolutionary War and after. After the ratification of the U.S. Constitution, the city served as the temporary national capital from 1790 to 1800 while Washington, D.C., was under construction.

The city contains many art museums such as the Pennsylvania Academy of the Fine Arts and the Rodin Museum, the largest collection of work by Auguste Rodin outside of France. The city’s major art museum, the Philadelphia Museum of Art, is one of the largest art museums in the United States. 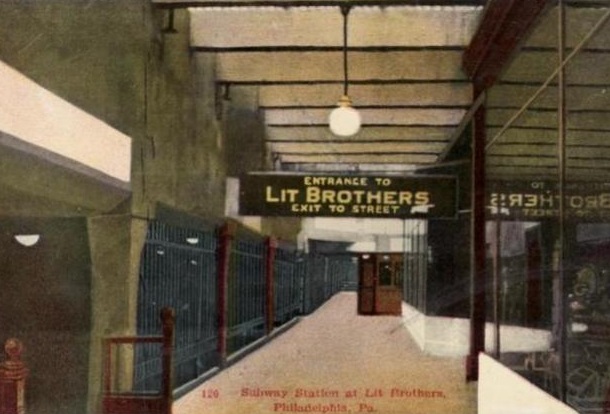 Lit Brothers Department Store in Philadelphia occupied a whole city block and had its own subway station.

Do not ignore this section. It is NOT a “railroad geek” section at all. It talks all about the mass transit of Philadelphia. You will enjoy Transit for a Future Philadelphia 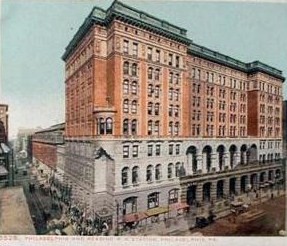 Find out more about transit and commuter rail systems .

In early 2007, Prince Charles and the Dutchess of Cornwall visited Philadelphia.

At the conclusion of their visit, they rode to New York City on a private electric train. These are the cars they rode in.

Experience a world of wonder as you view the Museum’s internationally renowened collections of nearly 225,000 works of art. See Thomas Eakins’ The Gross Clinic. It is regarded by many art critics as the best examplev of 19th Century American Art. Even WalMart couldn’t buy it!! The people of Philadelphia came together to keep in in Philadelphia. 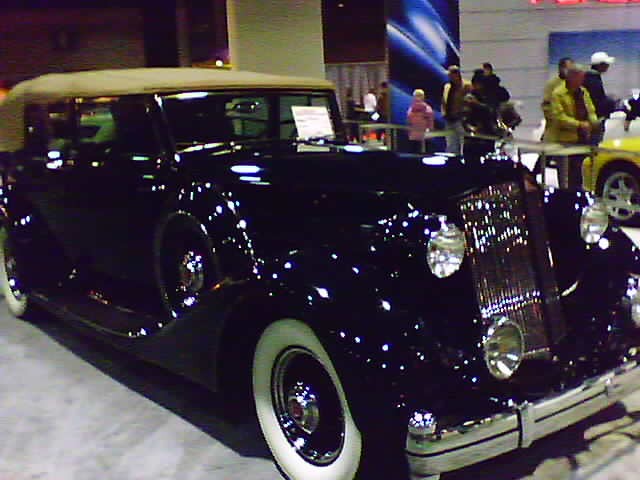 SEPTA’s Star-Spangled Bicentennial motif trolley was purchased for Philadelphia’s system from Kansas City in 1955, then patriotically refurbished for about $25,000. It is viewed on Fifth Street at Girard Avenue.

The original capital of the nation, PHILADELPHIA was laid out by William Penn Jr. in 1682, on a grid system that was to provide the pattern for most American cities.

It was envisaged as a “greene countrie towne” and today, for all its historical and cultural significance, it still manages to retain a certain quaintness. Just a few blocks away from downtown, shady cobbled alleys stand lined with red-brick colonial houses, while the peace and quiet of huge Fairmount Park make it easy to forget you’re in a major metropolis.

Settled by Quakers , Philadelphia prospered swiftly on the back of trade and commerce, and by the 1750s had become the second largest city in the British Empire. Economic power fueled strong revolutionary feeling, and the city was the capital during the War of Independence (except for nine months under British occupation in 1778). It also served as the US capital until 1800, while Washington, DC was being built. The Declaration of Independence was written, signed and first publicly read here in 1776, as was the US Constitution ten years later. Philadelphia was also a hotbed of new ideas in the arts and sciences, as epitomized by the scientist, philosopher, statesman, inventor and printer Benjamin Franklin .

Philadelphia, which translated from Greek means “City of Brotherly Love,” is in fact one of the most ethnically mixed US cities, with substantial communities of Italians, Irish, Eastern Europeans and Asians living side by side. Many of the city’s residents are descendants of the migrants who flocked here after the Civil War when, like Chicago, Philadelphia was seen as a place of tolerance and liberalism. More recently, it voted in the nation’s first black mayor, and has the country’s best museum dedi-cated to African-American history and culture.

Once known as “Filthydelphia,” and the butt of derision from W.C. Fields in the 1930s (as in his famous epitaph: “On the whole, I’d rather be in Philadelphia”), the city underwent a remarkable resurgence preparing for the nation’s bicentennial celebrations in 1976. Philadelphia’s strength today is its great energy fueled by history, strong cultural institutions, and a new influx of income due to its new downtown convention center grounded in its many staunchly traditional neighborhoods, especially Italian South Philadelphia . An impressive amount of new construction and revitalization is currently being undertaken in the downtown area, further testimony of the city’s economic boom.

Philadelphia stretches for about two miles from the Schuylkill (pronounced Schoolkill ) River on the west to the Delaware on the east; the urban area extends for many miles to the north and south, but everything you’re likely to want to see is right in the central swath. The city’s central districts are compact, walkable and readily accessible from each other; Penn’s sensibly planned grid system makes for easy sightseeing. ou’re likely to want to see is… 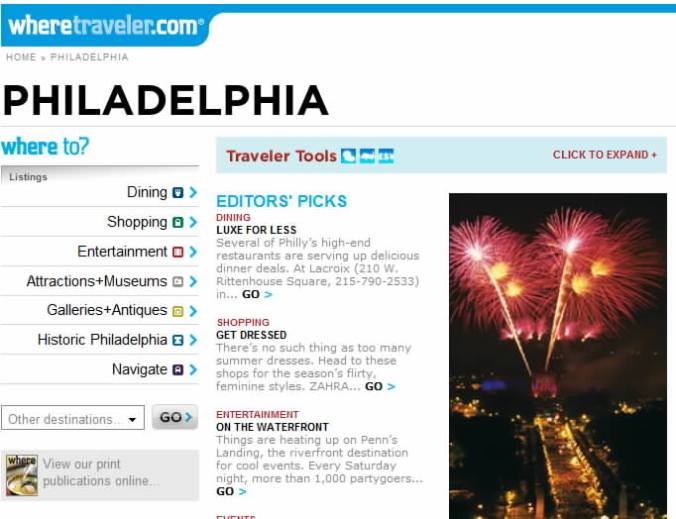 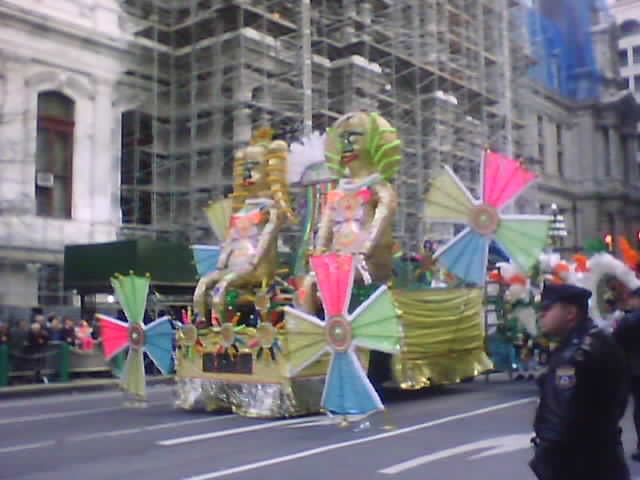 The MUMMERS PARADE in Philadelphia is an event you don’t want to miss. SEPTA will bring you to Suburban Station….right in the heart of the action. 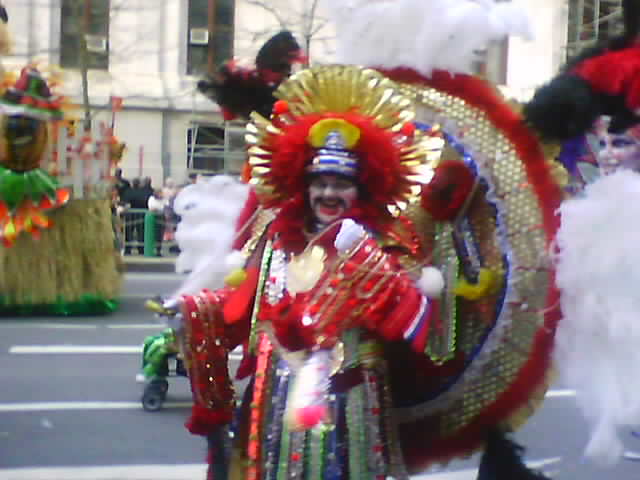 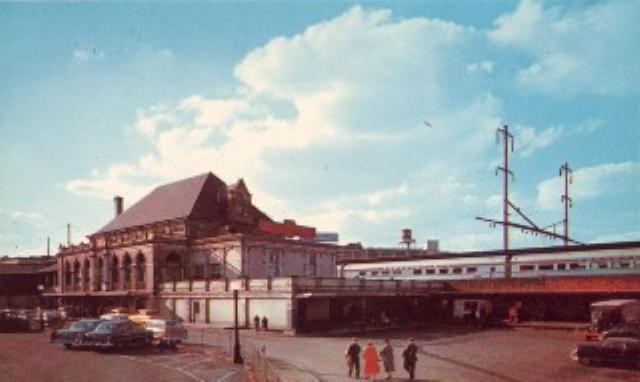 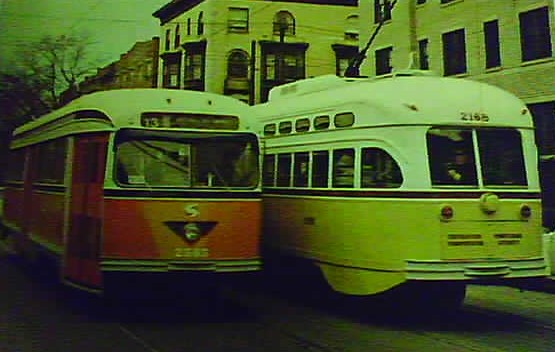 Photo by George Metz
See a 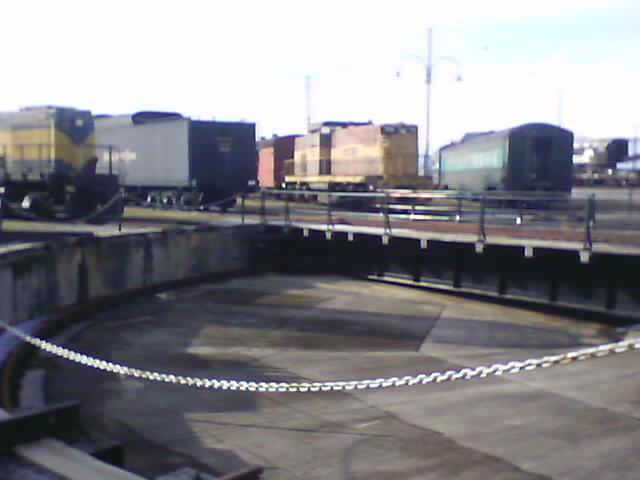 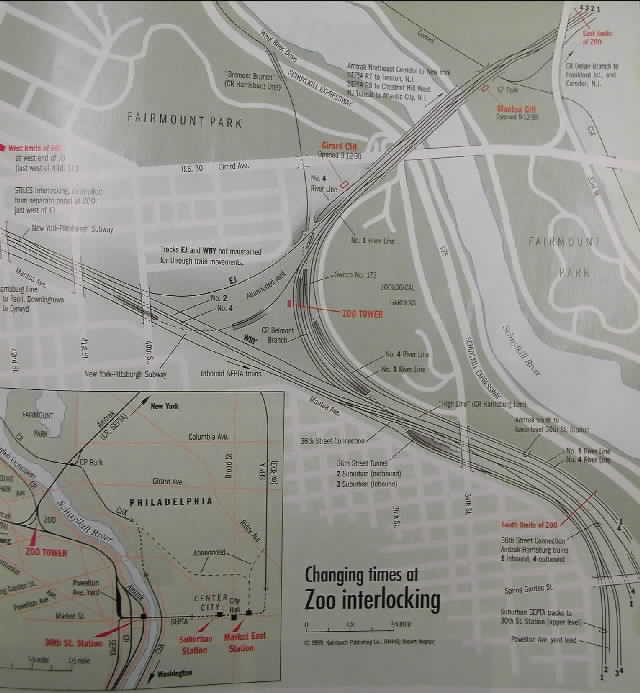 Center entrance cars are on the Media Line at Drexelbrook in 1970. The cars were built by Brill in 1926. Philadelphia Suburban Transportation became part of SEPTA