Running eastbound from Matteawan, the next station stop was Glenham. In Glenham the tracks crossed the Fishkill creek in two places. The bridge at West Glenham was replaced at least twice over the life of the line. This photo shows the first bridge over Fishkill Creek at West Glenham. These original D&C RR bridges were not strong enough for the heavier locomotives and trains that the NY&NE RR began running on the line in 1881.

This area along Fishkill Creek was called Rocky Glen.

This much stronger bridge was built in 1894 at West Glenham to handle the heavier locomotives and trains of the NY&NE RR.

In later years, this concrete arch bridge replaced the steel bridge at West Glenham. This bridge is still in service but there is little traffic on the line. Metro North RR is saving the line for possible future use as a commuter route. 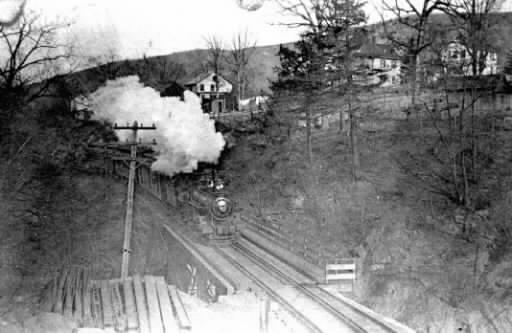 The bridges of Glenham saw lots of action in the days of steam engines.

Glenham station was in between the east and west bridges.

A wreck on the ND&C would always draw a crowd.

The newspaper story says that two stock cars of sheep on the train accompanied by two Englishmen who were asleep at the time. What a rude awakening. 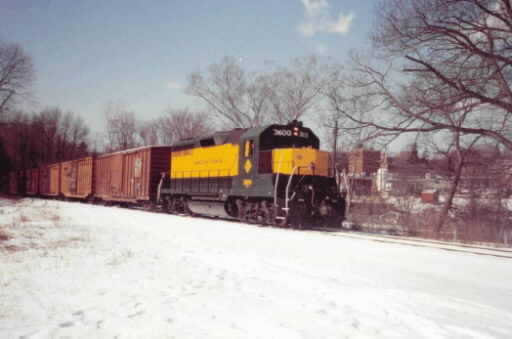 After the demise of Penn Central, The Housatonic RR ran on Glenham rails.

This USGS map of the Glenham area shows where the line crossed the Fishkill Creek in two places with the station in between. 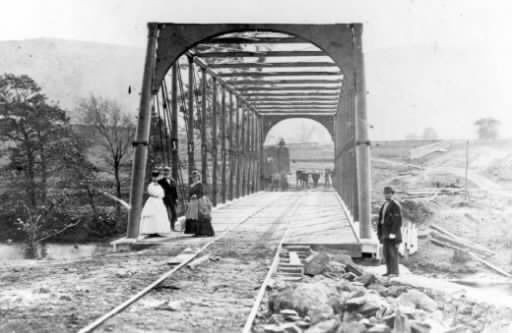 This siding into a factory in Glenham had such a sharp bend at the far end that locomotives could not make the turn. A team of oxen was used to pull each car across the bridge. 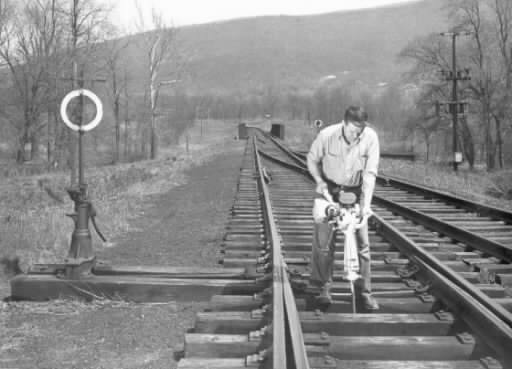 Track Maintenance work in East Glenham in the 1940’s. The east Glenham bridge is visible in the background.

Freight house at Fishkill during the New Haven RR era. 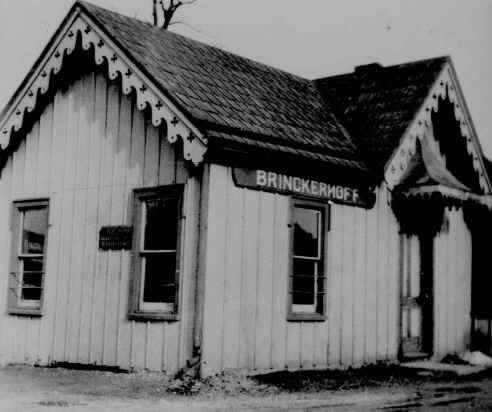 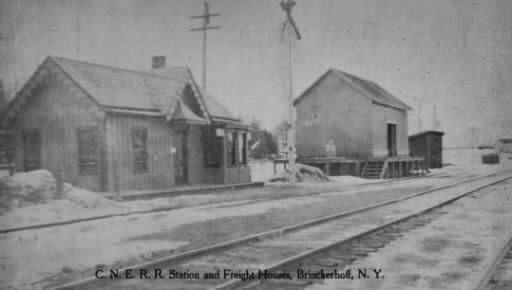 Station and freight house at Brinckerhoff. 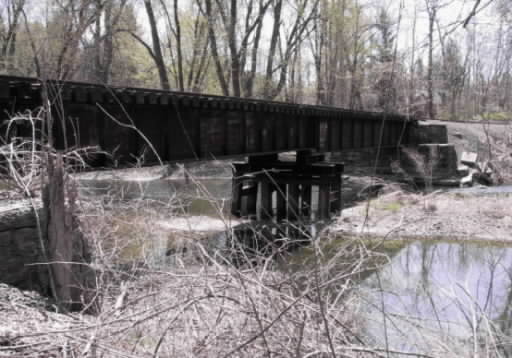 Lomala was the location of a D&C/ND&C bridge over Sprout Creek between Brinckerhoff and Hopewell Junction. The original bridge here was a wooden trestle but it was rebuilt in stone and steel to handle the heavier NY&NE locomotives.

The large white building was the Bordens Creamery. Beyond the creamery you can just make out the Hopewell Junction station and crossing tower. The double track Maybrook line crossed between the tower and the station. 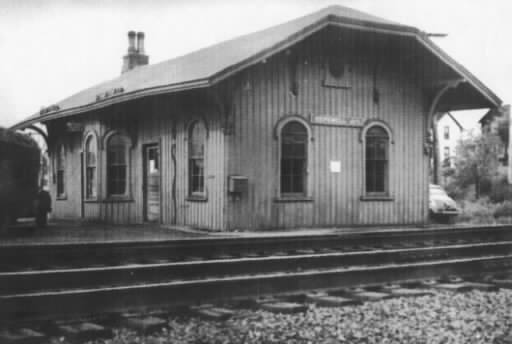 Hopewell station in the 1940’s

The ND&C/CNE tracks had been torn out in 1938. They would have been where the car is parked at right. The double track Maybrook line crosses in the foreground.

This photo was taken 6 years after the Poughkeepsie RR bridge fire. There was little train traffic and three years later the tracks were removed in 1983. In 1986 there was a fire in the station that did a lot of smoke a charring damage. Hopewell Depot Restoration Inc is currently working to restore the station into a small museum and educational facility. It is the last remaining railroad building in Hopewell Junction.